Corporate America is Benefiting from Taking Action on Climate Change 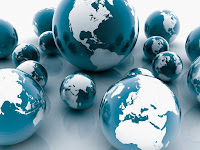 As reflected by the results of the Carbon Disclosure Project, even in the absence of a regulatory framework there is increasing interest from corporate America to managing climate change for commercial benefit,
strategic advantage, investor engagement, mitigation of fiduciary and reputational risk. Even more interesting is the fact that payback times for their investments to manage climate change average three years which is much shorter than conventional wisdom would suggest.

What makes this report so interesting is the fact that we are seeing clear action from corporate America even in the absence of a comprehensive regulatory framework in the US. Companies across America are acting to engage climate change throughout their activities. In addition to incorporating climate change in operational planning to reduce energy costs and business planning for the development and marketing of low-carbon related products, it is also being included as a function of strategic planning.

This year CDP sent its annual questionnaire to the S&P 500 companies on behalf of 551 signatory institutional investors representing $71 trillion of assets, asking them to measure and report what climate change means for their business.

This report provides the latest insight from these company responses into how major US corporations are recognizing the opportunity to gain strategic advantage from acting to address climate change. It shows that the majority of US companies are taking climate change action, despite an absence of mandatory rules and reveals this year’s leaders in both disclosure and performance.

UPS, Consolidated Edison and Dow Chemical were among the top-ranked US companies in the CDP S&P 500 Report 2011. Combining the measures of performance and disclosure, UPS is the top S&P company at 99 points, followed by Cisco (98), Bank of America (97), Consolidated Edison and Sempra Energy (both at 96), and Dow Chemical and Gilead Sciences (both at 95).

The report found that the proportion of companies that have senior executive or board members overseeing their climate change programs jumped from 68 percent in 2010 to 87 percent this in 2011.

There is a clear and increasing trend towards greater environmental action on the part of US companies. This is evidenced by the fact that 64 percent of respondents are setting greenhouse gas emissions reduction targets, up from 51 percent in 2010 and 32 percent in 2008. Among the Global 500, 74 percent disclose absolute or intensity emission reduction targets.

Companies are reporting that greater environmental action is contributing to their bottom line. As indicated in the report, respondents are seeing significant commercial benefits from emissions reduction and energy efficiency programs, with over 60 percent of projects offering payback in three years or less.

The most common projects disclosed by corporations were improvements to energy efficiency in their facilities, to business processes and to transportation networks, supported both by capital investments and changes in employee behavior. CDP found that 54 percent of companies now offer financial incentives to staff for managing climate change issues, up from 35 percent in 2010, and compared to 65 percent for the Global 500.

Corporate environmental action is not only a bottom line issue, it is also a matter of risk management. The report indicates that companies are acting on climate change as a function of strategic planning to mitigate fiduciary and reputational risk.