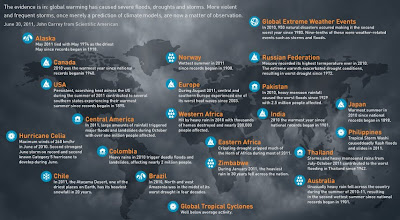 May 5th, 2012 (5/5/12) is a 350.org event known as Climate Impacts Day. This is an opportunity for people to “connect the dots” between extreme weather and climate change. Activities are taking place all around the world to show the various ways that climate change has impacted their lives. Here is a summary of more than one hundred activities from Africa, the Pacific, Asia, the Middle East, Latin America, Europe and North America:

The World “Connects the Dots” Between Extreme Weather & Climate Change