The World “Connects the Dots” Between Extreme Weather & Climate Change 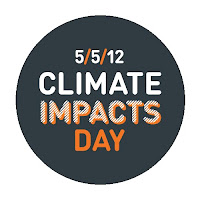 Powerful photos and videos are already streaming in from across the globe for “Climate Impacts Day. People
from at over 1,000 events in more than 100 countries are “connecting
the dots” between climate change and extreme weather. The events are part of a
global effort called “Climate Impacts Day” organized by the international
climate campaign 350.org. The events are powerful evidence of how the string of
weather disasters over the last year is increasing public concern about global
warming. Photos and videos that have
already come in include:

“We just celebrated Earth Day. May 5 is
more like Broken Earth Day, a worldwide witness to the destruction global
warming is already causing,” said Bill McKibben, the founder of 350.org, the
global climate campaign that is coordinating the events. “People everywhere are
saying the same thing: our tragedy is not some isolated trauma, it’s part of a
pattern.” Seven in ten Americans now believe that “global warming is affecting
the weather,” according to a recent poll conducted by Yale University.

Over 80% of Americans have personally
experienced an extreme weather or natural disaster in the last year. “Most
people in the country are looking at everything that’s happened; it just seems
to be one disaster after another after another,” Anthony A. Leiserowitz of Yale University,
one of the researchers who commissioned the new poll, told the New York Times.
“People are starting to connect the dots.”

For more information go to ClimateDots.org.