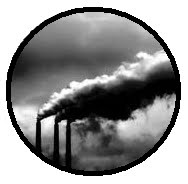 There is increasing scientific support for the relationship between human activities, global warming and climate change. The latest research was published on July 10th, 2012. According to
an accompanying analysis in the annual State of the Climate report,
compiled by nearly 400 scientists from 48 countries and published in the
peer-reviewed Bulletin of the American
Meteorological Society.

The report itself
remains “consciously conservative” when it comes to attributing the
causes of certain weather events to climate change. However, the report’s
accompanying analysis titled “Explaining
Extreme Events,” make the link between human-driven climate
change and six selected weather crises in 2011, including the Texas drought of 2011.

It was once
considered inappropriate to link an individual weather event to human-caused
climate change, but as stated by Peter Stott, climate monitoring and
attribution team leader at the UK Met Office, that is changing.

“We have shown that climate change has
indeed altered the odds of some of the [extreme weather] events that have occurred,” he told
reporters. “What we are saying here is we can actually quantify those
changing odds. [S]cientific
thinking has moved on and now it is widely accepted that attribution statements
about individual weather or climate events are possible,” the report
added.

The NASA Earth
Observatory acknowledges that there are a complex set of atmospheric
conditions that produce extreme weather like drought, However, they went on to
say “weather occurs within the broader context of climate, and there’s
widespread agreement among scientists that the climate is
changing due to human activity.”

Bridging the Gap: A Financial Approach to Sustainability (White Paper)