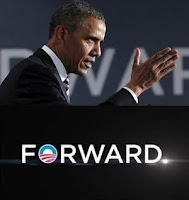 On Tuesday September
4, 2012, Democrats opened their national convention by defending President
Obama’s record and asking Americans to be patient. In their first four years in office, the Obama
administration’s green efforts have been resisted by unprecedented Republican obstructionism and an electorate misinformed
about the science of climate change. Others have
criticized Obama for not doing enough to move the green agenda
forward.


Despite a highly polarized
political landscape, Obama has accomplished a great deal on energy and the
environment. President Obama has worked to advance green jobs, electric
vehicles, conservation, clean energy and efficiency.

Obama has made the environment a national priority, and a primary
source for job creation. The election of Obama was a radical
departure from the G.W. Bush administration which was responsible for 150 actions undermining
environmental protections.

The Obama administration raised the standards for cars and
light trucks for Model Years 2011-2016 to 35.5 mpg. Recently, the Obama
Administration finalized new vehicle standards of 54.5 mpg that are
scheduled to be implemented by 2025.  This will save consumers more than
$1.7 trillion at the gas pump which amounts to $8,000 over the life of a
vehicle. The standard reduces US
oil consumption by 12 billion barrels or 3.1 million barrels per day by 2030. It will
also reduce carbon pollution by 570 million metric tons in 2030. The new
standard is also a winner for automakers as it will increases their profits and create 570,000 new jobs between 2017-2025.

The Obama administration has provided attractive tax credits for those who buy hybrid
automobiles. The “cash for clunkers” program offered vouchers
to trade in fuel inefficient, polluting old cars for new cars. Obama set the
goal of one million electric vehicles in the U.S. by 2020. As
a function of the President’s efforts, there will be almost 5 million charging stations by 2015. The
President is also working towards the elimination of fossil fuel subsidies.

On the issue of conservation, Obama has supported the Omnibus Public Land Management Act of 2009,
the North American Wetlands Conservation Act and led
an effort to phase out whaling. He set up partnerships to share environmental technology
with other countries. He increased funding for the Land and Water Conservation Fund and national parks and forests. He allocated $175 million of ARRA for water conservation
and he also worked to protect the Antarctic. Through an executive order, the President helped to protect
the oceans, U.S. coasts and the Great Lakes.
Another executive order established Federal Leadership in Environmental, Energy and
Economic Performance. He also signed an Executive order for Chesapeake Bay Protection and Restoration.

Perhaps his greatest efforts have been in clean energy. As
evidenced by his State of the Union addresses in 2009, 2010, 2011, and 2012, the President has been a stalwart
champion of renewable energy. The budget is part of the President’s energy plan
to double electricity output from clean sources by 2035. The President’s
goal is produce 80 percent of U.S. electricity from clean sources
by 2035.
Obama is the first President to have a detailed vision for a clean energy economy.
Renewable energy has grown dramatically under the Obama administration.
Under Obama’s stewardship, wind power has grown by 39 percent and he proposed a national
renewable portfolio standard which would require that energy plants produce 15 percent of their energy from renewable
sources.
Through the EPA, The Obama administration has enacted regulations
on new power plants that make it harder to build new highly polluting coal-fired
plants.  The President has worked to make the clean energy tax credits permanent. He has
established an Energy Partnership for the Americas and
a program to convert manufacturing centers into clean
technology leaders.


The President has doubled federal spending for research on
clean fuels and invested $60 billion in tax incentives for renewable
and clean energy. He has invested in all types of alternative energy, increased
funding for the Environmental Protection Agency and invested
$2 billion in solar power.


Obama has overseen the first release of a smart grid framework. He gave farmers incentives to use more
renewable energy and be more energy efficient. Recently Obama signed an executive order focused on efficiency that sets a national
goal of 40 GW of new combined heat and power (CHP) by the end of 2020.

President Obama’s 2013 budget proposal supports efficiency, renewable
energy, green jobs, clean air, clean water, and a livable climate.  Here
are the details of some of the greener elements of the
President’s 2013 budget:

While the President is investing
millions in America,
Big Oil is spending millions to try to unseat him. The Koch funded
Americans for Prosperity (AFP) has launched an aggressive tour to try to
denigrate the President’s accomplishments.

President Obama has been a champion of the environment over the
last four years and if he succeeds in his reelection bid in 2012, we can expect
a great deal more.

Hurricane Sandy Shows Us What Climate Change Looks Like

Hurricane Sandy Shows Us What Climate Change Looks Like