The Cost of Oil: BP Barred from Doing Business with the US 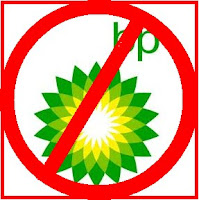 BP has been barred from doing business with the US government for its role in the 2010 Gulf of Mexico Deepwater Horizon rig disaster and oil spill. Although BP is currently one of the largest holders of federal oil leases, the company will not be able to bid on any new federal oil leases, until they meet the EPA’s standards.

In November, BP pleaded guilty to more than a dozen felony counts related to the disaster in the Gulf, including 11 counts of manslaughter over the deaths of 11 workers. The company also pleaded guilty to felony obstruction of justice for lying to Congress over the amount of oil spilling into the ocean.

“EPA is taking this action due to BP’s lack of business integrity as demonstrated by the company’s conduct with regard to the Deepwater Horizon blowout, explosion, oil spill and response,” the agency said in a statement on its website.

The EPA’s decision came as the Interior Department was planning to auction off roughly 20 million new acres of federal waters in the Gulf of Mexico for oil exploration. BP will not be allowed to bid on those parcels, the department said.

These measures are forcing BP to make “key leadership changes,” and they are also creating a new internal safety and risk management division.

Although many have claimed these penalties are too insignificant to make a difference to an oil giant the size of BP, Phil Flynn, a senior energy analyst with the Price Futures Group, said “If this lasts an extended period of time, I really do think it’s going to hurt BP.”

These punitive measures may not be the crippling blows some would have liked, but the tougher measures send a message to BP and the world’s dirty energy giants.

“Had these types of actions been taken in years past, as our firm had urged in the Texas City disaster, BP may have altered their behavior sooner and the Deepwater Horizon tragedy would have never occurred,” said Brent Coon, a Houston attorney who filed a class-action suit against BP on behalf of victims. “Hopefully denying business opportunities to a company which flagrantly ignores safety will not only change their behavior, but set an example for the industry, which as a whole has much room for improvement.”

Scientists Warn we Must Act to Diminish Rising Sea Levels