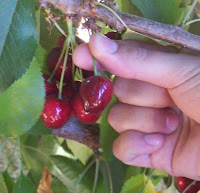 A leaked draft of a major report is erroneously being used by climate skeptics to suggest that cosmic rays are responsible for global warming rather than human activity. To make their case they cherry-pick one sentence of a 14-chapter draft report to try to undermine the scientific consensus on anthropogenic climate change. One of the report’s lead authors described this attempt as “completely ridiculous.”

Professor Steve Sherwood, a director of the Climate Change Research Centre at the University of New South Wales, told ABC Radio in Australia: “You could go and read those paragraphs yourself and the summary of it and see that we conclude exactly the opposite, that this cosmic ray effect that the paragraph is discussing appears to be negligible … It’s a pretty severe case of [cherry-picking], because even the sentence doesn’t say what [climate sceptics] say and certainly if you look at the context, we’re really saying the opposite.”


As reported in the Guardian, the draft clearly states: “There is consistent evidence from observations of a net energy uptake of the earth system due to an imbalance in the energy budget. It is virtually certain that this is caused by human activities, primarily by the increase in CO2 concentrations. There is very high confidence that natural forcing contributes only a small fraction to this imbalance.”

Prof Bill McGuire, Professor of Geophysical & Climate Hazards at University College London and contributing author on the recent IPCC AR5 report on climate change and extreme events, said that sceptics’ reading of the draft is quite simply wrong.

The IPCC AR5 report reiterates the widely accepted fact that contemporary climate change is not a natural process, but the consequence of human activities.

The use of the leaked report by climate skeptics clearly illustrates their irrational and unscientific agenda. Rather than accept the science, they remain focused on vindicating their wrong-mindedness in the face of an overwhelming and growing body of evidence.

The Days of Overconsumption