Breaking News – Keystone XL Pipeline on the Ropes: Conflict of Interest Revealed in the State’s EIS 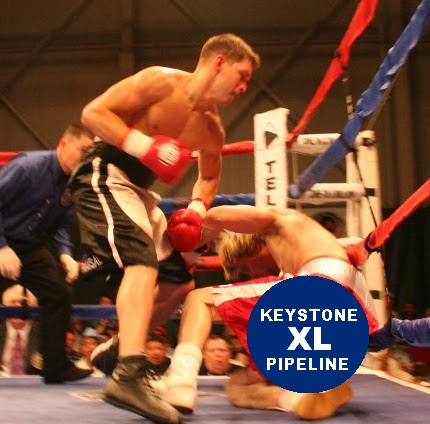 On Friday August 2nd, the State Department made a statement that may signal the end of the Keystone XL pipeline. The State Department is now questioning the veracity of the findings of a favorable review of the Keystone XL completed last year. According to diverse sources the consultant (Environmental Resources Management or ERM) that produced the report has been paid by TransCanada, the pipeline developer. ERM is also reported to have close ties with the American Petroleum Institute, an oil industry lobby with financial ties to TransCanada.

The proposed Keystone XL would ferry diluted bitumen from Alberta’s tar sands to US Gulf Coast refineries. Because the pipeline crosses international borders, the project requires State Department approval. Questions about the impartiality of the State Department environmental impact statement (EIS) will likely delay the final verdict on the pipeline and may very well kill it altogether.


The US Environmental Protection Agency slammed the State Department’s original report for grossly misrepresenting the environmental threats posed by the pipeline.

The reports of the conflict of interest were unearthed by Brad Johnson in a Grist post which revealed that ERM was paid by TransCanada. Another report by DeSmogBlog revealed that ERM is a dues-paying member of the American Petroleum Institute.

As reported by Zack Coleman at The Hill, these findings were confirmed by State Department spokesman Doug Welty.

The Keystone XL looks as though it may finally succumb to a barrage of blows. First the pipeline was hit by President’s blatant rebuff of the projects job benefits, then from an oil leak in Alberta’s tar sands, and now from the State Department’s acknowledgement of conflict of interest.

While it appears that TransCanada’s American dream may be coming to an end, we would do well to remember that in both 2011 and 2012 the Keystone XL seemed to be dead, yet managed to revive. It remains to be seen whether the pipeline can recover from this most recent blow.

Even if this pipeline does die, TransCanada’s hydrocarbon hydra has already found a new pipeline pathway to ferry its dirty dilbit to world markets.

Hansen on How the GOP Could Support a Carbon Tax

The Growth of Global Solar Energy

The Growth of Global Solar Energy