by Richard Matthews
in Other, Transportation
0 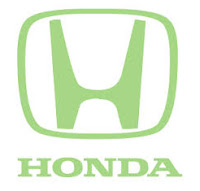 According to Interbrand’s 2013 Best Global Green Brands, Honda ranked third. The 2013 Honda Fit EV gets 118 MPGe combined (132 city and 105 highway), with a range of 82 miles. Although at present it is only available by lease, according to the EPA, it is the second most efficient electric car in the world today. However, the company is producing only 1,100 Fit EVs.

The EPA rates the 2014 Accord Plug-In Hybrid’s electric range at 13 miles, during which its efficiency rating is 115 MPGe. After the battery is depleted, it behaves like a conventional hybrid and is rated at 46 MPG combined. It is the only mid-size sedan to boast such numbers. This plug-in uses Honda’s new two-motor hybrid system, with powerful electric motors and multiple modes of operation. The plug-in hybrid Accord will be followed by the 2014 Accord Hybrid that will be launched later this fall.


Honda is already a hydrogen fuel cell leader with a large number of related patents to its credit. In addition to the recent fuel cell partnership with GM, Honda has one of the only operational fuel cell powered cars on the market. It has been leasing as the FCX since 2002 with 85 units in the US and Japan. The newer FCX Clarity was named the 2009 World Green Car. Honda plans to launch the successor of FCX Clarity in Japan and the US in 2015.

In addition to its highly fuel efficient vehicles, Honda has set some impressive CO2 emissions reduction targets. Honda is also striving to minimize waste, water use and the total environmental footprint of its operations worldwide. They are also developing battery-electric, hydrogen, natural gas, and gasoline-electric powered vehicles, that improve fuel-efficiency and reduce C02 emissions.

At one of its test track facilities, Honda is installing 70,000 solar panels which will power facilities for its car development, Green Car Reports said. They are selling the excess renewable energy generated by the facility.

Energy Manager Today reports that Honda is the all time leader in overall clean energy patents granted since 2002. In 2012, they registered a total of 87 patents.

Best Electric Bikes: A Comprehensive List to Meet Every Need

Electric bikes (e-bikes) have come a long way in recent years. There are now many options that include everything from foldable utilitarian commuters to powerful off-roaders. E-bikes are the fastest-growing...

Decarbonization Through Electrification in Waterborne Transportation

All modes of transportation are gradually being converted to electric propulsion and this includes watercraft. Driven by ominous increases in atmospheric greenhouse gas emissions the move to decarbonize transportation through...