Greener Solvents on the Increase in Developed Countries 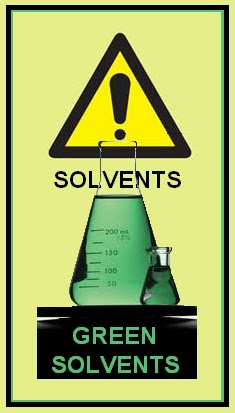 In developed countries solvent use is declining while demand for greener solvents in increasing. This trend is attributable to environmental and regulatory pressures, along with concerns about toxicity to humans.

Solvents are found in paints and coatings which together account for 40 percent of solvent use. Other places where solvents can be found include adhesives, inks, pharmaceuticals, chemical processing, metal and dry cleaning solutions and agriculture.

Solvents are one of the most comprehensively regulated classes of chemicals, and tend to be regulated collectively as volatile organic compounds (VOCs). VOC’s are air pollutants that contribute to low-level photochemical smog. VOCs also react with nitrogen oxides to produce ground level ozone that can damage lungs crops and natural vegetation. Solvents are also implicated in high-level ozone depletion and global warming. They are often highly flammable and can have direct health impacts by absorption through the skin.


A new IHS Chemical global market research report titled, Opportunities for Greener Solvents concludes that traditional solvent use is decreasing while lower VOC solvents are on the increase. One of the more interesting findings in the 427-page report, is that the demand for traditional solvents continues to increase in the developing world.

The report indicates that the global consumption of solvents was approximately 28 million metric tons (MMT) in 2012. Europe consumed nearly 6 MMT of solvents in 2012 and North America consumed 5 MMT last year, followed by Asia (excluding China and Japan) which consumed 4 MMT. Japan consumed 2 MMT of solvents. Solvent demand is expected to remain flat or decrease in the U.S. and E.U. due to more environmental regulations. European passage of the Registration, Evaluation and Authorization of Chemicals (REACH) legislation in 2007, has been instrumental in decreasing solvent use.

China accounted for almost a third of the global demand (9 MMT) of solvents. The demand for solvents in China is expected to increase approximately 5 percent to 6 percent per year during the next few years. Some of this increase can be attributed to off-shoring of solvent intensive industrial processes to China (eg coating of wood furniture and the assembly of shoes using solvent-borne adhesives).

Solvents that are less hazardous to humans and to the environment are part of the green chemistry movement. However, problems remain with these more environmentally benign solvents. They are either higher cost, or less effective, or both. The perfect replacement has yet to be found.

One promising green solvents currently being researched, are ionic liquids, which have essentially no vapor pressure, so there is no dissipation to the environment.