Why Greens are Seeing Red in the 2013 Australian Elections 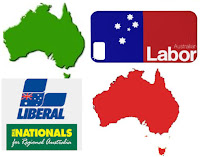 Hopes for a government serious about combating climate change in Australia were crushed by Labor party infighting. The election of a right of center coalition led by Tony Abbot spells the end of Australia’s hope to play a leading role combating climate change. Kevin Rudd wrestled the leadership from Labor Prime Minister Julia Eileen Gillard after she demonstrated strong green leadership. Rudd ended Gillard’s political career in a savage act of overt betrayal that may have cost labor the election and ended Australia’s hopes for government leadership on climate change.


Kevin Rudd spent 3 years plotting Gillard’s downfall he then proceeded to execute her politically as the nation watched. Gillard was the Leader of the Labor Party from 2010 to 2013 and she was the first female to be Prime Minister of Australia.

The Rudd Labor opposition promised to implement an emissions trading scheme (ETS) before the 2007 federal election which Labor won. Rudd, unable to secure support for his scheme in the Senate, dropped it.

In her 2010 election campaign, Gillard pledged to build a “national consensus” for a carbon price by creating a “citizens assembly”, to examine “the evidence on climate change, the case for action and the possible consequences of introducing a market-based approach to limiting and reducing carbon emissions”. The assembly was to be selected by an independent authority who would select people from the electoral roll using census data. The plan was never implemented.

After the 2010 Election, Gillard agreed to form a minority government with the Greens and Independents and replaced her “citizens assembly” plan with a climate change panel consisting of Labor, Greens and Independent members of Parliament. The panel ultimately announced backing for a temporary carbon tax, leading up to an Emissions Trading Scheme.

In the first hung parliament result in 70 years, the Gillard Government, with the support of the Australian Greens and some cross bench independents, negotiated the implementation of a carbon tax (the preferred policy of the Australian Greens), by which a fixed-price carbon tax would proceed to a floating-price ETS within a few years under the plans. The government proposed the Clean Energy Bill in February 2011, which the opposition claimed to be a broken election promise. The bill was passed by the Lower House in October 2011 and the Upper House in November 2011.

The Greens voted down Rudd’s first emissions trading scheme in 2009 because
it “locked in” a low 5 percent emissions reduction target by 2020, and they insisted on
leaving open the possibility of a tougher target on the advice of the authority
before they agreed to Gillard’s scheme in 2011.

In his concession speech Rudd conceded defeat to Abbott but failed to acknowledge Gillard. The Coalition will have at least 90 seats in the new House of Representatives and Labor may hold more than 50.

Prior to the election Rudd said he was “terminating” the carbon tax in response to Abbott’s anti-carbon tax campaign. Frontbencher Mr Clare, who retained his Sydney seat, said Labor should not give up on its principles, including the need to have a price on carbon.

“I don’t believe anyone in Labor is going to walk away from the issue of putting a price on carbon pollution. Because a failure to act on pollution is in fact just making the problem harder for our kids, and that’s not the Labor way.”

The coalition crushed Labor by winning 88 seats to Labor’s 57 in the 150-seat parliament. Rather than helping to increase Labor’s support, Rudd’s coup against Gillard hurt the party and the nation’s green hopes. According to Sky News/Newspoll exit poll the two-party preferred vote was at 53-47, compared to 52-48 when the election was called, suggesting Rudd’s campaign cost Labor votes.

The Coalition did not win the election, rather Labor lost it. Voters punished Labor for its mutinous disunity. Rudd not only murdered Gillard’s political career, he destroyed Australia’s best hope for responsible climate leadership.

Infographic – The Future of Electric Vehicles

Infographic - The Future of Electric Vehicles