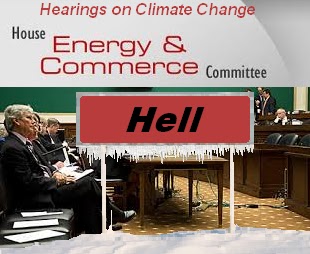 
Organized by the Energy and Commerce Subcommittee on Energy and Power, these hearing are asking relevant federal agencies about US climate change policies and the Obama administration’s climate agenda. These hearings come in response to the President’s request that Congress develop market-based legislation to reduce greenhouse gases.

This is a major step for House Republicans which up until this point have ignored all attempts to get them to examine the facts on global warming. Since 2011, subcommittee Chairman Ed Whitfield (KY) has denied a total of 27
separate requests by Democrats to hold hearings on climate change. It
will be fascinating to watch how House Republicans, a well known bastion
of climate denial, deal with such a science based approach to the issues.

It should come as no surprise that this is in no way an endorsement of the President’s climate agenda. The hearings are but the latest attempt by Republicans in Congress to diminish the administration’s climate change agenda.

The Climate Reality Project is encouraging legislators to support a scientific approach to managing climate change. Click here
to find out how.