The Shaheen-Portman Energy Efficiency Bill: Jobs, the Economy and Action on Climate Change 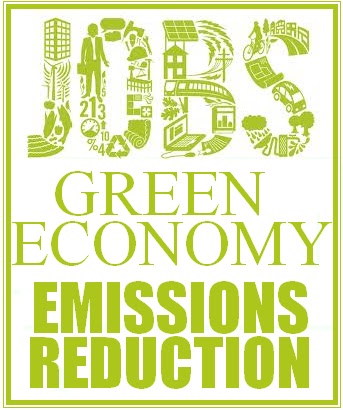 Getting support from Republican legislators on any issue is difficult, this is especially true of bills related to climate change. However, an energy efficiency bill moving through Congress has a good chance of securing bipartisan support, and according to a new analysis, it could provide much needed economic benefits including jobs while significantly decreasing climate change causing emissions.

As reported in Cleantechnica The Energy Savings and Industrial Competitiveness Act of 2013, also known as the Shaheen-Portman bill, could create hundreds of thousands of green jobs while saving consumers billions and cutting energy use and emissions.

Shaheen-Portman bill is named for sponsoring Senators Jeanne Shaheen (D-NH) and Rob Portman (R-OH). The modified bill already passed the Senate Energy and Natural Resources Committee in April by a vote of 19-3. The bill promotes energy efficiency across the US economy through a mix of building codes, financing and rebates, voluntary labeling, and technical assistance. If enacted, the bill would target improvements in the residential, commercial, and industrial sectors, which represented two-thirds of US energy-use emissions.

In addition to environmental groups the bill has some powerful supporters in the business community including a group representing more than $7.3 trillion in annual revenue and 16 million employees.

If it passes, the Shaheen-Portman bill would be a major victory for the economy and for those seeking action on climate action. Decreasing pollution while saving taxpayer dollars and spurring job growth is a winning combination that even Republicans will have a hard time ignoring.

Despite its obvious merits, some aspects of the old energy economy are using their considerable clout to lobby lawmakers to kill or weaken the bill. We cant let this cadre of climate deniers derail this important bill. Americans need to stand up for the economy, employment and emissions reduction.

Click here to go to the EDF site and take action by telling your Senators to reject any dirty air amendments attached to the Shaheen-Portman bill.