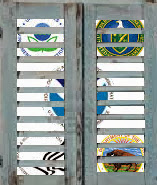 In addition to being harmful to the economy, the government shutdown has a wide range of impacts on the environment, energy and climate research.

Almost all of the EPA’s 16,000 employees have been furloughed. The small number of staff who will stay on the job are funded outside the appropriations process. A few others will remain to ensure “the safety of human life and the protection of property,” as stipulated in the EPA contingency plan.

In August the EPA issued its 2013 Renewable Fuel Standard. The shutdown may also delay the EPA’s rules for biofuel targets which were due to be finalized in December.

The EPA’s clean-up at 505 Superfund sites in 47 states will be suspended and there will be no new grants. The shutdown of the EPA may also slow down the rates at which companies grow. Companies wishing to build or expand a facility are likely to find that the time it takes to secure a permit is slower as their are far fewer staff to process such requests.

Other federal agencies are also being prevented from doing their jobs. Work on offshore renewable energy projects will also be suspended. Less than 10 percent of the Department of Energy’s employees will be on the job diminishing their capacity to do their work to protect and maintain equipment including those responsible for America’s nuclear reactors. Across the board we are likely to see far fewer regulations, rules and standards that help to protect America.

The shutdown will also delay climate research. NOAA is being forced to discontinue its ongoing studies including those being conducted by its research ships. In addition, 12 marine sanctuaries will be shut down

All national parks, museums, and monuments, are shutdown as are the National Zoo and Smithsonian Institution. US Forest Service employees will be prevented from managing forest fires during peak season and the US Geological Survey will not be providing water quality data.

The CDC’s seasonal flu vaccine program will be suspended and their will be a muted response to any new outbreaks. The FDA won’t be able to continue food and drug inspections, nor will it be able to maintain most of its current laboratory research.

The government shutdown will also stymie a range of new environmental and energy regulations.

Greenpeace Report – Dealing in Doubt: A Chronicle of Climate Denial