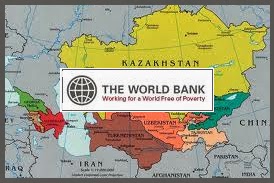 According to the World Bank, there are tremendous benefits driving Europe and Central Asia to transition toward a greener economic growth model emphasizing climate change mitigation. Until the early 90s countries in Europe and Central Asia were dominated by the former Soviet Union, now they are transiting from a brown economy to green growth.

Europe and Central Asia are already experiencing floods, droughts, heat waves, forest fires, and other natural disasters. To illustrate the point, the region lost between one quarter and one half of their grain crops in 2012 due to extreme weather.

Perhaps most significantly acting now will save much greater costs if mitigation efforts are delayed. The up-front costs of mitigation are approximately 1 percent of Gross Domestic Product (GDP) per year. However these are investments thet pay lucrative dividends economically, environmentally, and in terms of human health.

Climate change mitigation will not only lessen the impacts of extreme weather it will also provide significant economic benefits.