Canadian Energy Espionage in Support of the Tar Sands 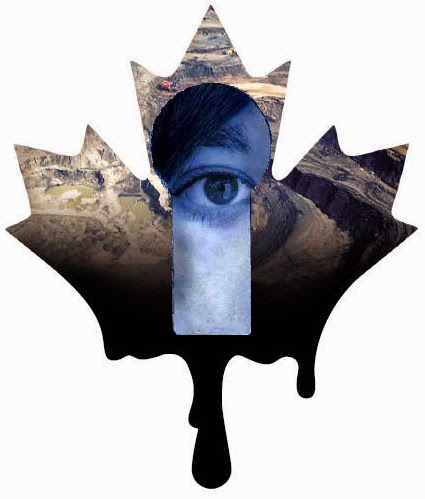 Under Conservative Prime Minister Stephen Harper, Canadian security agencies, particularly the Communications Security Establishment Canada (CSEC) are actively involved in spying against the energy activities of foreign governments. According to heavily redacted documents obtained by the Guardian under the freedom of information act, the agenda for these meetings included “threats” to energy infrastructure, “challenges to energy projects from environmental groups”, “cyber security initiatives” and “economic and corporate espionage”.

Since 2005 the meetings between intelligence agencies and Canadian corporations are a biannual occurrence. They involve federal ministries, spy and police agencies, and corporate representatives. They are an opportunity for government agencies and corporations to develop “ongoing trusting relations” that would help them exchange information “off the record”, wrote an official from the Natural Resources ministry in 2010.


As the fate of the Northern Gateway and
the Keystone XL pipeline projects became ever more uncertain, the Canadian
government set out to find markets and promote the tar sands and other natural resources. The most recent meeting in May 2013 was sponsored by Enbridge, a leading
firm behind controversial tar sands pipeline projects.

Canada has reportedly hacked into the Brazilian mining and
energy ministry and then secretly shared this intelligence with Canada’s
energy corporations. This most recent espionage activity may be
connected to concerns about competition to Canada’s tar sands from the
Brazil’s offshore oil finds. It may also be an effort to secure a
competitive advantage for 40 Canadian companies involved in Brazil’s
mining sector.

Keith Stewart, an energy policy analyst with Greenpeace Canada, said: “There seems to be no limit to what the Harper government will do to help their friends in the oil and mining industries. They’ve muzzled scientists, gutted environmental laws, reneged on our international climate commitments, labelled environmental critics as criminals and traitors, and have now been caught engaging in economic espionage in a friendly country. Canadians, and our allies, have a right to ask who exactly is receiving the gathered intelligence and whose interests are being served.”

As one environmentally concerned citizen explained, “The unprecedented surveillance, intelligence sharing and foreign policy support are more reminiscent of the kind of government activity one would expect to find in China. The use of Canadian intelligence services to advance the interests of dirty energy projects is far from the most responsible use of Canadian tax dollars.”