Asian Policies for the Low Carbon Economy and Renewable Energy 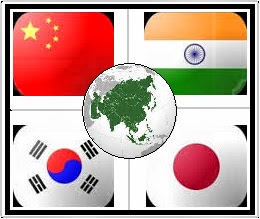 Energy demands in Asia are expected to double by 2030, which makes the low carbon economy, and renewables in particular, vital to growth in the region. Led by progressive government policies that support renewable energy, Asia, including China, India, Korea, and Japan, are some of the fastest growing renewables markets in the world.

China is the world’s most competitive nation when it comes to renewable energy. Their policy position on renewables is second to none. However, while China gets most of the press, there are other nations in Asia that are also crafting supportive polices and seeing substantial growth.


India is a world leader in renewable energy, with policies like the federal Renewable Energy Certificate scheme. The government is taxing the coal industry to pay for 750 MW of solar energy projects in 2013. India plans to add 3,600 MW through federal policies by March 2017 and about 6,000 MW through state policies. The Bureau of Energy Efficiency which reports into the Ministry of Power has set up energy standards and labeling requirements for IT equipment.

Korea is offering preferential financing for low carbon technologies and they are introducing a cap and trade system and Singapore is an efficiency leader. Singapore’s 2009 Sustainable Singapore Blueprint goals include a strong emphasis on energy efficiency measures across the residential, buildings, industry, and transport sectors.

Japan’s government supports research and development in environmental technologies including renewable energy. Japan’s Top Runner program is an innovative system that searches for the most efficient model on the market and then makes that level of efficiency the standard for each product category. The program works by putting the brand image of a company at risk if it falls below the prescribed standards.

Part of the success of Asia has to do with its willingness to engage in cooperation. However, in Asia as in many other places around the world, the fastest growing fuel sources through 2035 is expected to be in coal and natural gas.