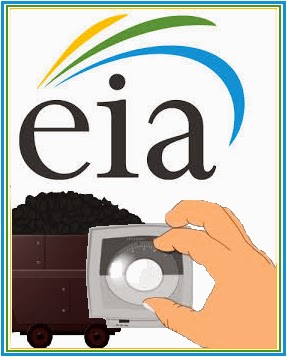 According to a report titled “U.S. Energy-Related Carbon Dioxide Emissions, 2012” release on October 21, 2013 by the Energy Information Administration (EIA), US carbon dioxide emissions generated from energy consumption and production fell 3.8 percent in 2012 to 5,290 million metric tons, reaching their lowest level since 1994. The annual energy-related emissions in the US were 5,498 million metric tons in 2011. Although the US economy grew by 2.8 percent in 2012, energy intensity (Btu per dollar of GDP) fell by 5.1 percent.

A total of 50 percent of the emissions decline were attributable to reductions in the residential sector. This is in large part due to a reduction in heating due to a warmer than usual first quarter. By the end of March 2013, the EIA report indicates that the cumulative heating degree days were about 19 percent below the 10-year normal and 22 percent below 2011.

The EIA report found that emissions are at their lowest level since 1994 and over 12 percent below the recent 2007 peak. After 1990, only the recession year of 2009 saw a larger percentage emissions decrease than 2012.

It is noteworthy that while reducing energy generated by coal was predictably a key factor,  warmer winters have also played a significant role in helping to decrease CO2 emissions in the US. This may suggest that there is a tiny upside to global warming in an otherwise perilous trend towards a world ravaged by climate change.

World Bank President on the Cost of Carbon