World Bank President on the Cost of Carbon 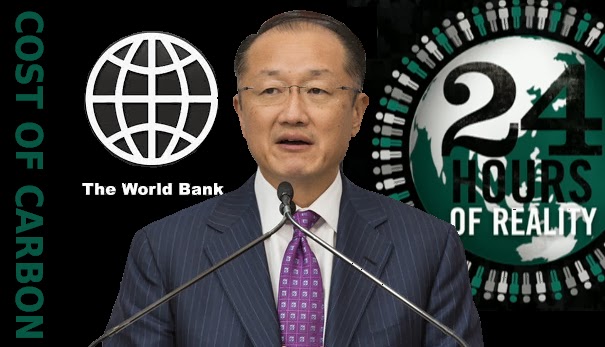 In an interview for the Climate Reality Project’s Cost of Carbon event on October 22, World Bank President Jim Yong Kim explained the Bank’s increasing focus on sustainability. Dr. Jim Yong Kim is the 12th president of the World Bank Group, he is also a champion of efforts to combat climate change.

When asked why is the World Bank is so involved in the climate crisis, Dr Kim responded that while he thought he was well informed about the latest science, when he assumed his position at the Bank he was shocked to discover just how perilous our current trajectory is.

He framed his response in terms of his sons and the terrible impact it will have on them. He envisioned them asking him why he did not do more to avert the impending climate catastrophe.

He then asked the question, “are we doing everything we possibly could be doing?” His answer was that while the Bank is doing a great deal, so much more could be done to address the climate crisis.

He went on to talk about solutions, proposing two large scale solutions and three areas we can focus on in the interim.

He stated that these two large scale solutions are central facets of a dual strategy to solve the climate crisis but conceded that they are politically difficult. He said that the US, China and the EU must agree on establishing a price on carbon and removing fossil fuel subsidies. In the meantime we must work on energy, urbanization and agriculture.

In terms of the World Bank itself he believes that it is important to “set clear targets and holding ourselves accountable.”

Al Gore who was also present during the interview said to Dr Kim, “your leadership is a breath of fresh air.” Gore asked, what are the prospects for getting world leaders up to speed and embracing a global view?
Dr. Kim replied that he is optimistic. In his meetings with the Chinese and the Europeans he sees a sense of urgency and according to Kim, President Obama sees combating climate change as a legacy issue.

He concluded by talking about how the widespread adoption of cell phones is a good model for the dissemination of renewable energy. He also said that there are great job opportunities associated with carbon pricing, removing fossil fuel subsidies, renewables, smarter cities and better agricultural practices.