Typhoon Haiyan: Why We Must Help the People of the Philippines 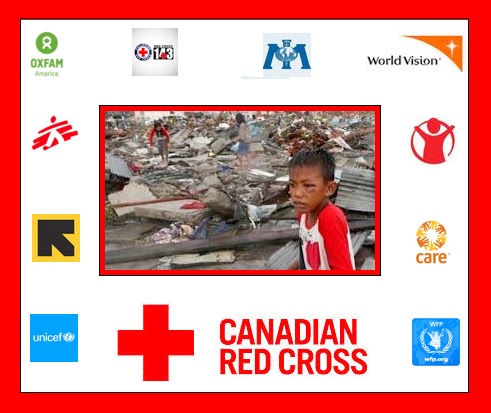 We all have responsibilities to assist those who are suffering from extreme weather particularly those of us who live in wealthy nations. Climate scientists have linked Typhoon Haiyam to climate change. We already know that climate change causes extreme weather and we also know that we are all guilty of contributing to global warming. Wealthier nations have additional responsibilities as we know that our wealth was achieved through industrialization. Global warming is caused by greenhouse gases (GHGs) which are a byproduct of industrialization. Therefore, wealthier countries have an obligation to help, both because we are the biggest contributors of global warming causing GHGs and because we have the means.


Extreme weather will increase in a world rocked by climate change and we need to be ready to help those in need. We can invest now in strategies to mitigate carbon and other GHGs or we can pay later as we try to address the awful toll of such events. For those who think we don’t need to do either, think again. Failure to mitigate climate change or manage its aftereffects will have global consequences that will affect us all. This ranges from climate refugees,
to conflict and war.

The second quarter of the Fifth IPCC report indicates that global food chains are also likely to break down and we will be far less able to feed ourselves and the globe. Drinkable water will also be in short supply.

In the Philippines the death toll will rise beyond the thousands that have already perished. People will die of thirst, hunger and disease. In addition to the absence of basic sustenance, almost one million people have lost their homes and have no shelter. Vast amounts of croplands have been devastated and in addition to the loss of their livelihoods, farmers will not be able to provide food. It will take months if not years to recover.

President Obama said the United States also stood ready to assist the
government’s relief and recovery efforts. The US has deployed ships and
aircraft to deliver supplies and help in the search-and-rescue efforts
and the US Embassy in Manila has provided $100,000 for immediate health and
sanitation efforts.

Tacloban has been devastated but this is not the only
area affected. A number of fishing communities are located right up to
the shoreline and may have been wiped out altogether. Cebu province was
also hit hard.

Hurricane Sandy revealed that wealthy nations are not immune to the destructive impacts of extreme weather. Typhoon Haiyan offers us a glimpse of our own future. Even if we ignore the issue of culpability, we must do all we can to help, if for no other reason than the realization that we are all vulnerable to the impacts of climate change.

Until December 9th, Canadian donations earmarked for Typhoon Haiyan made to a registered charity will be matched by the government of Canada. Click here to donate to the Canadian Red Cross.