Green Tuesday: The Best of Thanksgiving Consumerism Strives to be Both Sustainable and Profitable 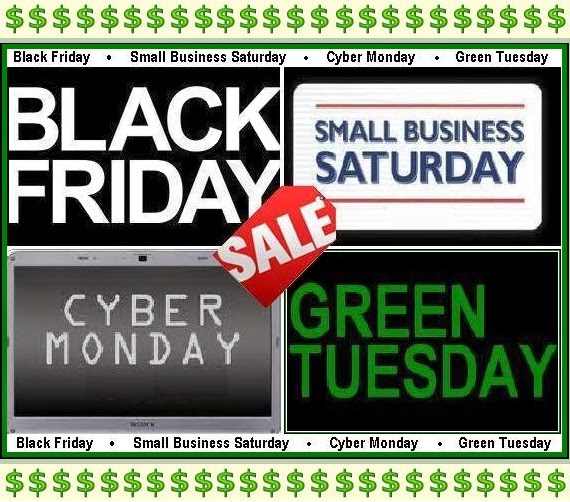 In 2011 Green America launched Green Tuesday to promote sustainable products and services during the period of rampant holiday consumerism. Green Tuesday is celebrated on the Tuesday after the Thanksgiving weekend, it is designed to inspire consumers to make “thoughtful, purposeful, eco-minded choices.” Green Tuesday has a lot of competition from other sustainability initiatives including those associated with Black Friday, Small Business Saturday, and Cyber Monday. The day is also being claimed by another event called “Giving Tuesday,” which encourages Americans to donate to charity.


Green Tuesday is vying for a slice of the $5 trillion annual US retail market. According to the National Retail Federation about $600 billion of that consumer spending will occur between Thanksgiving and the end of the year.

Despite the competition from other consumer days, Green Tuesday is gaining ground. Since its launch in 2011 Green America’s GreenDeals.org has acquired hundreds of thousands of green members and it has featured hundreds of deals from green businesses.

“Green Deals makes it possible to give great gifts for the holidays, while also giving back to the planet. Many consumers who are turned off by shopping at big-box stores during the holiday season will welcome this opportunity to participate in a way that is in line with their values, and save money at the same time,” says Green America Corporate Responsibility Director, Todd Larsen.

While helping to reduce the impact on the planet is laudable it is also salable. When it launched Green Tuesday in 2011, Green America published some research which supports the profit making potential of green focused consumer goods and services:

Green Tuesday is an important day to raise awareness about more responsible consumerism.  The growth of green consumers is a necessary part of addressing the environmental crisis we face and changing our current trajectory.