Europe Pounded by its Worst Storm in Decades 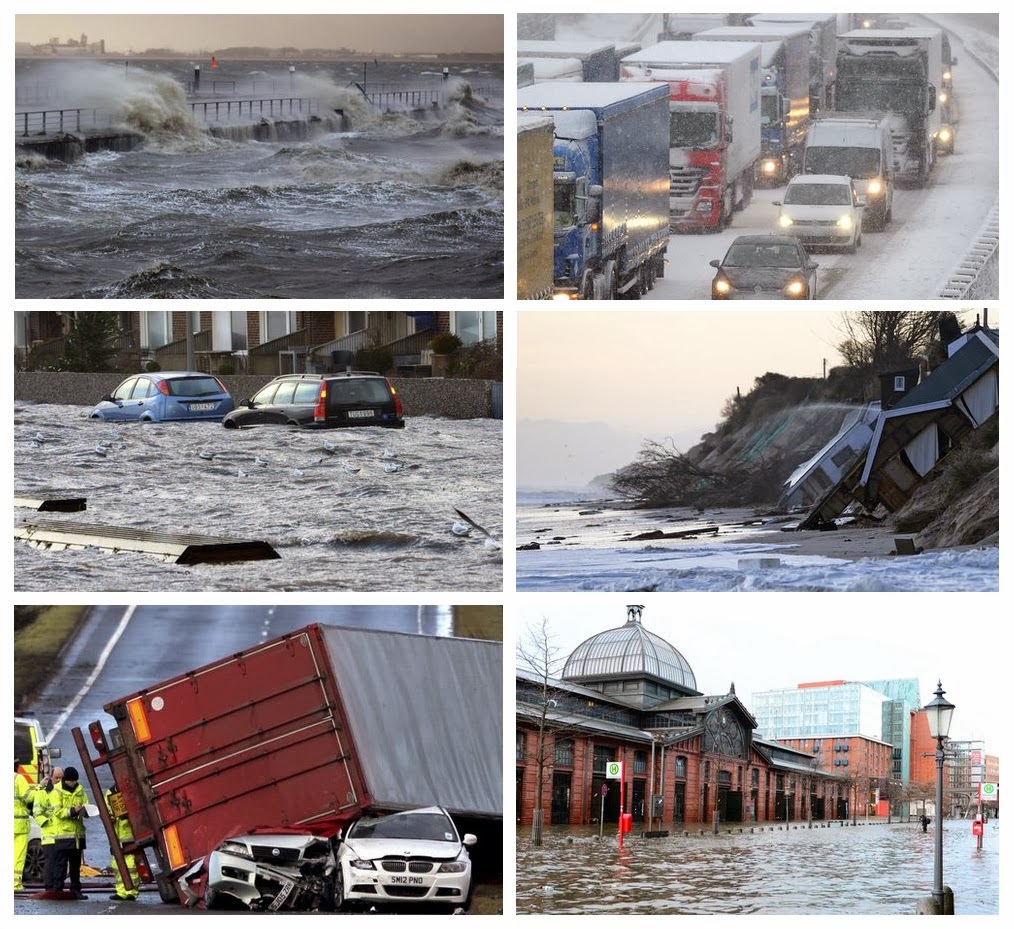 A powerful storm swept across Europe early in December smashing into coastal communities on the North Atlantic and North Sea. Extreme weather events have garnered a great deal of attention of late, in particular the horrific Typhoon in the Philippines, however Europe is also being pounded by its own climate extremes. A storm called Xaver has brought tidal surges and hurricane force winds that have killed at least seven people in northern Europe. There has also been widespread flooding and hundreds of thousands of people are without electricity.

The deadly storm which has included heavy snowfalls has killed at least seven people in Poland, the UK, Sweden and Denmark. Fallen trees are making some roads impassible and flights, rail and ferry services have all been disrupted or canceled. Many schools have also been closed.


Winds of up to 228km/h (142 mph) battered Scotland and England’s east coast experienced its worst tidal surge in 60 years. About 10,000 homes had to be evacuated in Norfolk and Suffolk and several homes fell into the sea at Hemsby. The Thames Barrier was closed to protect London from the storm surge. In north Wales residents had to be rescued by lifeboat crews.

In northern Germany winds gusted up to nearly 150km/h (93mph) and
Hamburg experienced its biggest tidal surges since the 1960s, flooding
the town including the historic fish market. The Elbe river rose 6m (20ft) above its
average level.