Electric and Hybrid Cars MIA at the 2014 Detroit Auto Show

by Richard Matthews
in Transportation, Uncategorized
0 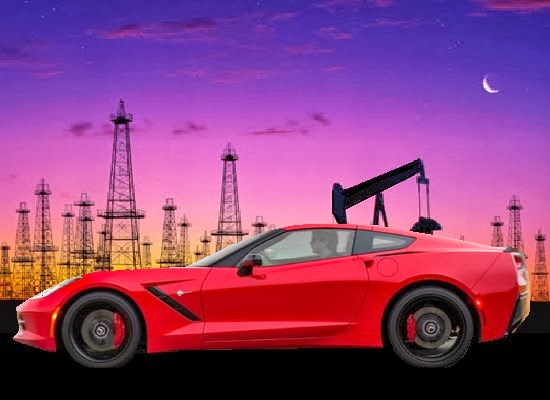 Greener cars appear to be missing at this year’s Detroit Auto Show. One of the most high profile vehicles at the show was the the 620-horsepower 2015 Chevrolet Corvette Z06. Other notable vehicles on display were two 2015 products from Ford, the F-150 pickup truck and the iconic Mustang. Even Kia has opted to focus on performance over efficiency by debuting a concept sports car called the GT4 Stinger. Electric, hybrid and fuel cell vehicles were altogether absent in Detroit this year.

In 2010 almost all the major automakers were aggressively promoting a growing number of electric and hybrid cars. The Ford Fusion hybrid won the 2010 North American Car award at the North American International Auto Show in Detroit. Toyota introduced the FT-CH concept car, a subcompact hybrid. BMW showed the ActiveE concept, Honda debuted the CR-Z a two-seat hybrid. Audi unveiled its e-tron, an electric sports car that can accelerate to 60 mph in less than five seconds. Subaru shared its Hybrid Tourer concept, Tesla released its Model S sedan, Volkswagen put its hybrid-powered NCC on display and Volvo announced its test fleet of 50 electric C30s. However, at the 2014 Detroit auto show there are no global debuts of new plug-in electric cars, hybrids or even new diesel vehicles, but there are lots of luxury models, high-performance cars and sports cars.


Getting More from Less

At first glance it may appear that this year car makers are focusing on performance and speed rather than energy and the environment. However, it may be more accurate to say car makers are getting more with less. BMW’s 2015 M3 sedan has switched out its 4.0-liter V8 in favor of a twin-turbocharged 3.0-liter six-cylinder engine. This new powertrain configuration for the M3 means we see a 25 percent reduction in gas consumption and emissions. Even the muscle cars come with greener options, the new Mustang comes with the choice of a 420-horsepower 5.0-liter V8 or an economical 2.3-liter four-cylinder EcoBoost engine.

What is notable is that American, German and Korean auto manufacturers are getting more power from smaller engine blocks. This translates to better efficiency. The Mustang’s EcoBoost engine referenced above may be relatively small and efficient, but it still generates an impressive 305 horsepower. Another example is the 2014 Volkswagen Golf, with a 290-horsepower turbocharged 2.0-liter four-cylinder engine, it is the most powerful Golf ever launched. However it has an EPA highway mileage rating of 31 miles per gallon which is better fuel economy than the the 2013 edition. Another example is the Kia’s GT4 Stinger that gets 315-horsepower from a turbocharged 2.0-liter four-cylinder engine.

The Lighter the Better

Making vehicles lighter is the real efficiency story and the subdued theme of this year’s show. Lighter weight vehicles provide faster acceleration, while boosting fuel economy and lowing emissions. From extensive use of aluminum to stripping down vehicles to reduce weight, thin is in.

Like other vehicles, GM’s 2014 Chevrolet Camaro Z28, has been subject to “lightweighting” efforts that include a smaller battery and thinner rear glass, as well as eliminating the trunk carpet and the tire-inflator kit. BMW’s 2015 M3 sedan uses more aluminum and carbon fiber-reinforced plastic in place of heavier steel.

What Does this Mean

On the one hand the vehicles in Detroit can be interpreted as a signal that the economy is improving leading to a return to excess. On the other they can be understood as the coalescence of greener automotive technologies which afford better performance and comparatively lower environmental impacts.

Ironically, the corporate average fuel economy (CAFE) rules now in place through 2025, may be part of the reason. This rule means that every American vehicle must have good fuel efficiency ratings. This may be forcing automakers to look at finding efficiency improvements within vehicles already in their lineups rather than innovating new highly efficient vehicles.

The vehicles displayed at auto shows tend to go in waves, so this year can only be considered the low ebb of green cars. However, it in no way signals an end to the vehicle efficiency trend. It only means that rather than highlight overt efficiency, with exceptions like the Corvette, it is quietly being sewn into the DNA of most cars.

EDF’s Top Stories of 2013 are Not Without Controversy

It is entirely appropriate that big ticket efforts to reduce global warming causing greenhouse gas emissions are at the center of global climate efforts, however, there is also a need...