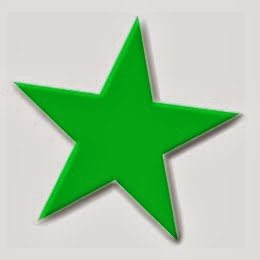 What harm can there be from celebrities who provide material support, raise
environmental awareness and encourage ecological action? We live in a culture of
celebrity worship, we are bombarded with their images in advertising, film,
television and online. Whether we are consumers of pop culture or not, there is
no denying that celebrities hold a lot of sway with the general public.  The
fact is that television, movie and music personalities have vastly larger
audiences than the most popular climate scientists.

Many of these stars do more than pay lip service to green
lifestyles, they show their concern for the environment by driving hybrid cars,
living in green homes or changing their dietary habits. A few have even become
stalwart activists.

Leonardo DiCaprio is an environmental advocate who serves on the boards of
several environmental organizations. He co-wrote, produced and narrated the
documentary film the 11th Hour, in which he called global warming “the
number-one environmental challenge”. He has been known to drive electric
vehicles including a Toyota Prius, Tesla Roadster and Fisker Karma. He has also
installed solar panels on his house. He has his own foundation that is dedicated
to protecting the Earth’s wild places.  He is a passionate supporter of tigers
and he actively works on protecting their habitats particularly in Nepal. In
November 2010, DiCaprio donated $1,000,000 to the Wildlife Conservation Society
at Russia’s tiger summit. In 2011, DiCaprio joined the Animal Legal Defense
Fund’s campaign to free a tiger who was languishing at a Truck Stop in
Louisiana.  He has also advocated for a number of other environmental causes
including access to clean water, renewable energy and forest preservation.

Matt Damon is a celebrity best known to environmentalists for his water
advocacy. Recently in Davos, the movie star was honored by the World Economic
Forum for his work as co-founder of Water.org, a nonprofit organization whose
motto is “safe water and the dignity of a toilet for all.” During his acceptance
speech he said that Water.org is extending “water credit” to poor families so
they can afford to install a toilet or connect their homes to a waterline that
for them is “literally a lifeline.”  Water.org has already helped more than 5
million people, and he noted that McKinsey consultants have estimated his
organization could reach 100 million by 2020.

Daryl Hannah is serious about her green activism and involvement. In February
2013, Hannah was arrested in front of the white house for protesting against the
Keystone XL. Hannah has been an environmental advocate for years. She has
participated in many  environmental protests, including two tree sit-ins. In 2012,
she spoke out against the fallacy of ‘ethical oil’, ‘clean coal’ and ‘natural
gas.’ She is also the founder of the Sustainable Biodiesel Alliance (SBA), and
sits on several environmental advocacy boards such as the Environmental Media
Association (EMA), Sylvia Earle Alliance, Mission Blue and the Action Sports
Environmental Coalition. Her website dhlovelife.com provides solutions for
living a green lifestyle.

Ed Begley jr. is a longtime environmental advocate who lives in a
solar-powered home and drives an electric car. Begley and his family are
currently documenting the construction of a LEED Platinum-certified home for
Begley Street, a television and Web series.

Cameron Diaz is another celebrity well known for her green activism. Her
sustainability advocacy even attracted the attention of unlikely publications
like Vogue magazine. Diaz also worked with Al Gore to raise awareness about
climate change and she is allegedly one of the first celebs to buy an electric
vehicle.

Hayden Panettiere has been involved in the fight to protect whales and other
marine life since she was 15 years old. She filmed the slaughter of dolphins and
the footage appeared in the acclaimed documentary The Cove. She is a
spokesperson for the Whaleman
Foundation, which works to protect whales and dolphins from the impact of
climate change and fishing, and has also appeared before the U.S. Congress.

Edward Norton is very vocal about environmental concerns and he has served as
the United Nations Goodwill Ambassador for Biodiversity.

Natalie Portman has a long history of ecological advocacy. She is a
vegetarian who has designed a line of vegan shoes. She also participated in a
documentary film about gorillas.

Sting is a longtime supporter of the Amazon’s rainforests and he has
established a charity called the Rainforest Foundation, which is dedicated to
the protection of the rainforests and their inhabitants.
Brad Pitt has helped with rebuilding New Orleans by contributing green
building materials after the city was ravaged by Hurricane Katrina.

Don Cheadle has taken action against the genocide in Darfur, and he has also
worked with the United Nation on climate change concerns.

Alicia Silverstone owns a home made of sustainable materials, she’s vegan and
she has written a book about sustainability.

Pamela Anderson has advocated for animal rights and forest preservation. She
has worked with the Inga Foundation which fights the “slash-and-burn” process of
clearing land. She has also supported efforts to ban oil tankers off of Canada’s
west coast.

Mark Ruffalo is a vocal opponent of horizontal hydraulic fracturing
(fracking), and he co-founded waterdefense.org to educate the public about
fracking concerns.

Ted Danson is involved in ocean activism and he even started his own
charity.

American actor Robert Redford and Canadian rocker Neil Young have been vocal
opponents of Alberta’s tar sands. Redford appears in a video released by the
National Resources Defense Council saying the tarsands are “destroying our great
northern forests at a terrifying rate” and “killing our planet.” Neil Young put
together a concert tour to help the indigenous people who are suffering from the
effects of the tar sands in Alberta. He also speaks out against the Canadian
government’s unconscionable support for oil interests.

There are a host of other stars who have come out in support of environmental
causes including:

These are just a few of the many famous people who advocate for the
environment. So how could there be anything wrong with stars who support
environmental issues?

Even though our culture appears to venerate stardom, celebrities are treated
like disposable commodities which are worshiped one day and forgotten the next.
The hollow and transient nature of celebrity worship is at odds with the
attitude required to foster global action. While the popularity of celebrities
is superficial and fleeting, the environmental challenges we face demand that we
very seriously take the long view.

We require the type of perspective that enables us to appreciate and act on
behalf of that which is most important. Our veneration of people who are famous
is a colossal bastardization of a balanced understanding of the fundamentally
prescient elements that constitute a healthy planet.

Some celebrities clearly work hard on behalf of noble causes, while others
may be involved for more selfish reasons. Celebrity is all about popularity,
they engage a phalanx of press agents to advise them on what kind of public
statements are the most politically correct for the demographic they are playing
to. Few know what they really think. Regardless of what they may actually
believe, people who are household names have been co opted by the public and as
such, they are deprived of their identity apart from their characterizations in
the popular media. They become two dimensional cutouts.

By contrast, our appreciation of climate change and other environmental
issues requires that we go beyond glossy exteriors so that we can collectively
get our heads around the scope of the challenges that confront us.
While some stars may know what they are talking about, others appear to have
a passing interest that may be more about generating good press than genuine
concern. That is not to deny that those in the public eye can sometimes help the
average person to come to a better understanding of complex issues.

The point is that star worship is a reflection of our own shallowness. We do
not really know these people, although we may come to know a two dimensional
character they play, or what their publicists feel would be good for their
careers.

It is a sad reflection on our society, but our preoccupation with celebrity
is born from the same place as the impulse to exploit and dispose of our world.
Our values and our priorities are out of balance and the veneration of stardom
is a comes from the same mass confusion that created the ecological crisis we
now face. Our interest in the lives of the rich and famous is part of the same
mindlessness as the environmental nightmare we are perpetrating against
ourselves and future generations.

A 2010 national survey by Rasmussen indicated
that 84 percent of Adults admit that Americans pay too much attention to
celebrity news and not enough attention to news that has real impact on their
lives.
Our preoccupation with the habits of celebrities detracts from our
appreciation of the issues that are most pressing. We do not have the luxury of
willful negligence, nor can we afford to succumb to paralysis if we do pay heed
to the most pressing concerns of our times. The fact is that when we feel
overwhelmed or hopeless we commonly indulge in escapism which is at the heart of
what celebrity worship is all about.

We need to get real and take a serious look at what is happening to the world
we live in. How are we to come to terms with the work that needs to be done if
we refuse to take a hard look at the facts?
Stars may be well meaning supporters of noble causes, but the way that the
general public co opts their identity, artificially elevates them (and
ultimately drops them), make them less than ideal representatives for
environmental activism.

The cult of celebrity feeds into all that is wrong with our world. It is not
that celebrities are inherently untrustworthy, the problem is that star culture
exacerbates the valueless and fickle myopia of the public eye.

Why a Dozen Clothing Giants Have Bowed to Greenpeace

Review of Online Environmental Education, Past, Present and Future

Review of Online Environmental Education, Past, Present and Future