The Fate of the Keystone XL: The Ball is in Your Court Mr President 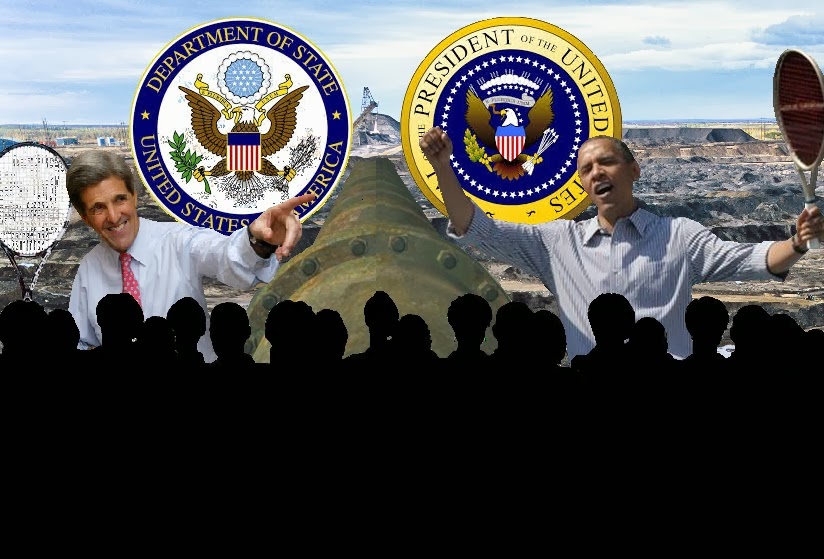 After a seemingly endless round of back and forth between the State Department and the President, an important new report sends mixed messages about the environmental impacts of the proposed Keystone XL pipeline. The Friday January 31 State Department report is intended to assess whether the pipeline project serves the national interest. Rather than coming down decisively one way or another, The final draft appears to lob the the ball back into President Obama’s court.

A key finding in the report concludes that the Alberta tar sands will be
developed whether or not the pipeline is constructed. This is
significant because President Obama has previously vowed to kill the
pipeline if it is found to increase global warming causing emissions
(in June he said that he would base his decision on the project’s “carbon pollution impacts”).

“Approval or denial of any one crude oil transport project, including the proposed project, is unlikely to significantly impact the rate of extraction in the oil sands or the continued demand for heavy crude at refineries in the United States,” the review said.

The document included models suggesting that
transporting oil by rail would generate even more greenhouse gas
emissions than a pipeline, and it also discussed measures to reduce
greenhouse gas emissions from the pipeline.

At first glance the document appears to give the green light to the project by suggesting that there will be minimal environmental impact from the pipeline. However, the report also states that the tar sands are dirtier than conventional oil and it further suggests that the project will contribute to climate change.

A previous State Department report is being investigated by the State Department’s inspector general for conflict of interest after contractors who worked on the pipeline report were discovered to have worked with TransCanada Corp. the builders of the Keystone.

Predictably, the project is supported by Republicans in Congress and some Democrats in conservative or oil-producing states. In Canada the pipeline enjoys support from the federal government and the provincial government of Alberta.

They say that the pipeline will create tens of thousands of jobs, however, the numbers of jobs from the project are highly suspect and have been downplayed by President Obama himself. At best the project will create a few dozen permanent jobs at worst it will lead to a spill that contaminates America’s water supplies and
contributes to runaway climate change.

The report acknowledged that the tar sands are 17 percent more carbon intensive than conventional oil. Due to the aggressive exploitation of the tar sand, the Canadian government, announced that its carbon emissions will climb 38 percent by 2030.

If approved, the project would carry Alberta’s tar sands to refineries on the Texas Gulf coast. The pipeline would double the amount of crude oil being shipped from Canada’s tar sands, something which climate scientist James Hansen said would mean “game over” for the planet.

By saying that the project will not increase greenhouse gas emissions while at the same time saying that it will exacerbate climate change, the report is as contradictory as President’s all of the above energy policy. However being of two minds does give the President ample grounds to go either way on the fate of the pipeline.

The fate of the Keystone XL is now up to the President. Although he is under no deadline, it is expected that he will make a decision in the next 90 days. If the project is approved by the President it will take two years to get the dirty oil flowing from Alberta down to Texas.

The report may be used as a pretext to move forward with the pipeline. However, it is also possible that in the next 90 days a massive public outcry or action from any one of eight US departments (including the US Environmental Protection Agency) could scuttle the $7-billion project.

The choice is really between US energy independence that contributes to runaway climate change or letting market forces including declining supply and increasing energy demand wean America off of
fossil fuels and auger an even more aggressive clean energy drive.

Efforts to stop the pipeline are far from exhausted with a number of groups and residents opposed to Keystone XL claiming they will resort to legal action to stall the pipeline. Landowners in the state of Nebraska are already pursuing legal challenges against the state government.

Many others are mobilizing to protect their farms, communities, water and climate. Nation wide protests are planned for today (February 3, 2014), while another campaign asks people to to tell the Chief Executive to say “no” to the pipeline. Nearly 100,000 people have already signed up to commit civil disobedience to stop approval of the pipeline,

This is perhaps the most decisive test yet of the President’s commitment to climate action. Like it or not he will have to choose between advancing a national climate change strategy and expanding
fossil fuel development.

Now the ball has come to rest at the President’s feet as he is the only one who has the authority to make the final decision.