The Growth of US Renewable Energy in 2013 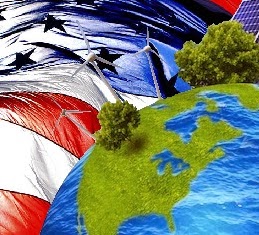 Renewable energy is an increasingly important part of the US energy mix. Clean sources of power have been growing exponentially over the last several years and that growth continued in 2013. Several states are on the road to producing substantial portions of their energy from renewable sources. California, is expected to produce one third of its electricity from renewables by 2020, and Maine has committed to 40-percent renewable energy by 2017. Additionally, Federal agencies must source 20 percent of their electricity from renewables by 2020.

According to the “Energy Infrastructure Update” report from the Federal Energy Regulatory Commission’s Office of Energy Projects, US renewables accounted for more than 37 percent of all new, domestic power generating capacity installed last year.

It should be noted that capacity is not the same as actual generation. The U.S. Energy Information Administration indicates that the actual net electrical generation from renewable energy sources in the US is about 13 percent as of November 2013.

Video – Fossil Fuels Replaced by Renewable Energy
Worldwatch is Helping the Philippines to Go 100 Percent Renewable
Higher Oil Prices a Blessing for Fracking but what about Renewables?