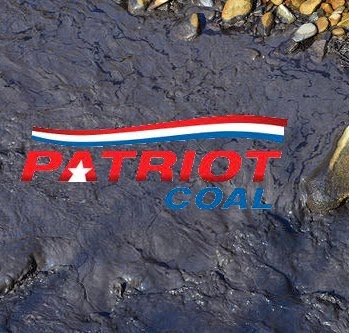 On February 11, another toxic spill of coal-industry effluent contaminated a stream in Kanawha County, West Virginia. A total of 100,000 gallons of coal slurry has contaminated Fields Creek and turned the water black. Such
slurry is know to be full of carcinogens, toxins, and heavy metals.

Earlier in 2014 Freedom industries was responsible for a leak that poisoned the drinking water of 300,000 people. The contaminate was MCHM, a chemical used to wash coal. This time the culprit is Patriot Coal and the contaminate is slurry aka sludge, which is a byproduct of coal mining and preparation.


These two spills are in addition to the recent spill from Duke Energy which let up to 82,000 tons of coal ash spill into North Carolina’s Dan River. It is a marketing irony that these destructive coal related industries have noble names like “Patriot,” “Freedom” and “Duke”. Their logos of the first two sport the red, white and blue of the American flag while Duke Energy has greenwashed its logo taking the red out and introducing green and a couple of shades of blue.

In the Patriot spill was due to a broken pipe at Kanawha Eagle facility sometime between 2:30 and 5:30 PM. The exact time of the spill is not known as the alarm which is meant to notify workers was broken. Once again the spill was not reported for more than 12 hours (the law states that companies must report spills immediately).

The Secretary of the West Virginia’s DEP said “this is a significant spill…When this much slurry goes into a stream, it wipes the stream out.”

There are many ways that the coal industry is destructive to human health. While most of us are familiar with coal’s air pollution and climate change causing emissions, with the spate of spills in 2014 many more will realize how the industry pollutes waterways and poisons drinking water.