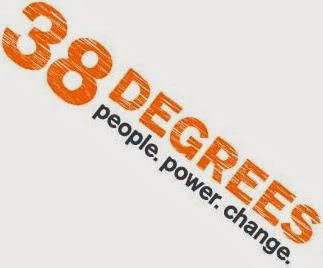 The ongoing flooding crisis has gone on for a couple of months now in the UK. This is a disaster that has already cost lives and incurred massive financial costs. Once the floods subside, it will take many months to cleanup. British citizens are coming together to demand that their government do a better job of preempting (mitigating) climate change so that the storms and floods do not get worse in the future. Here is a petition that seeks an end of fossil fuels and aid for flood victims.

Instead of ditching vital Foreign Aid like the Daily Mail petition suggests, why not cut the billions spent on the UK’s fossil fuel subsidies and use the money for the relief of flood victims? Why is this important?
The Parliamentary Environmental Audit Committee says that we are spending £12 billion a year on energy subsidies – more than what is spent on Foreign Aid. The vast majority of these subsidies go to the already massively profitable fossil fuel and nuclear industries. In 2012, Shell alone reported profits of £18 billion.

These fossil fuel subsidies are widely recognized as being a massive hindrance in dealing effectively with climate change, and climate change is increasing the intensity and frequency of the extreme weather events that have created so much misery in the UK through flooding.

Ending fossil fuel subsidies would not only free up money that could be used to assist the victims of flooding, it would also be addressing the conditions that are making the floods so much worse.

In November 2012 George Osborne signed a communiqué in Mexico City, alongside other G20 finance ministers, which promised to “rationalize and phase-out over the medium-term inefficient fossil fuel subsidies that encourage wasteful consumption”. Now would be the perfect time to start.