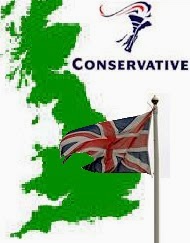 Despite recent historic flooding in the UK, the British government’s March 19 budget confirmed that it is all but abandoning efforts to combat climate change. The writing was on the wall with the appointment of Owen Paterson as environment secretary in 2012.

UK Conservatives sent a powerful message when Owen William Paterson was appointed Secretary of State for Environment, Food and Rural Affairs in 2012. Despite his moderate climate change voting record, he is a climate change skeptic, who is resistant to the science. He ignored David MacKay’s offer of a briefing on climate change science.


Paterson stated on BBC Radio 4’s “Any Questions?” in June 2013 that “the temperature has not changed in the last 17 years …”. In addition to his resistance to climate science, Paterson is known as a strong supporter of fracking and GMOs.

Paterson is not climate friendly. Overall there has been a 41 percent redution for domestic climate change initiatives. As Bob Ward, policy director at the London School of Economics’ Grantham Research Institute, put it: ‘These shocking figures should worry everyone in the UK. Defra [Department for Environment, Food and Rural Affairs] is the lead government department for climate change adaptation and is primarily responsible for making the UK resilient to the impacts of global warming, such as increased flood risk.’

The reversal of the UK’s ruling conservatives from champions of efforts to combat climate change to deniers is personified by Chancellor George Osborne. He once promised that his Treasury would be “at the heart of this historic fight against climate change”, now he gives billions in tax concessions to the oil and gas industry, cuts the funds for onshore wind farms and strips the Green Investment Bank of the ability to borrow and lend.

On March 19, Osborne delivered the UK’s 2014 budget which sidelined the government’s energy and climate policies. His budget favors short term economic gain over long term benefits provided by curbing the emissions of manufacturers.

He froze the UK’s top up carbon tax at £18 per tonne of carbon dioxide until the end of the decade. This may very well represent a lease on life for some old coal plants. Rather than make energy intensive industries pay the costs of two policies designed to support renewable energy generation Osborne provided the UK’s dirtiest companies an additional compensation package worth £3 billion (this package is in addition to existing packages which amount to a total of £7 billion).

Mr Osborne has made himself clear with the comment that he wanted to squeeze “every drop of oil we
can” from the North Sea.

There was no mention of low carbon infrastructure projects like those in renewable energy. This comes on the heals of the cancellation of a number of high profile renewable energy projects in recent months. While Osborne did mention the continued development of renewable energy, he did so alongside expanded shale gas development.

Osborne does not appear to be listening to David Cameron who said climate change is “one of the most serious threats that this country and
this world faces.” The Prime Minister told
parliament that he “very much suspected” the floods were due to climate
change, and that the UK could expect more of the same in coming years.
Rather than addressing the problem of climate change through mitigation strategies,
Osborne is spending £140 million on adaptation in the form of flood repairs and maintaining
existing flood defenses.

The new budget sends a message to voters and the rest of the world that the government of the UK has disengaged from its efforts to combat climate change. Instead of the greenest government ever in the UK we are
seeing the same kind of myopic policy positions that created the climate
crisis in the first place. While the current Conservative government in the UK warrants criticism, they are preparing for the next election cycle by pandering to the popular will.

British citizens, like so many others around the world still do not understand that focusing only on short term economic benefits imperils their own well being and condemns future generations.