Sustainability at the 2014 Commonwealth Games 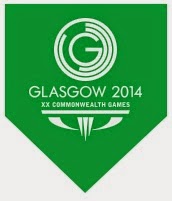 “Sustainability is crucial to staging an outstanding Games – we think it’s imperative that we act responsibly at every stage of the Games process, and part of that is ensuring that we act in the most beneficial way possible for the environment, in an economical way, that is in the best interests of local people in the long term.

Scotland is currently hosting the 20th Commonwealth Games which are shaping up to be one of the greenest sporting events ever held. In Gaelic Glasgow in Gaelic translates to “Dear Green Place”, and it would appear that the organizers of the 2014 Commonwealth Games are living up to that name. The game’s green credentials are supported by the awarding of ISO 20121 certification, the international standard for sustainable event management.


The organizers of the games have considered sustainability from the outset using cross-functional teams in order to determine the best solutions and the development of sustainably aware specifications. As part of the “Go for Green” initiative the Glasgow 2014 Organising Committee and Games Partners are striving to ensure that good standards of sustainability are met environmentally, economically and socially.

This should come as no surprise from a country which accounts for one quarter of Europe’s offshore wind resources. In 2013 the nation set a new record for renewable power generation, and this prodigious growth continue in 2014 with a 56 percent increase over the year to the first quarter of 2014.

Scotland is already almost half way towards achieving its goal of meeting all of the nation’s gross annual electricity consumption from renewable sources by 2020. Scotland’s offshore wind industry could create 28,000 jobs by 2020 and contribute more than £7 billion of investment to the economy.

All new venues will have had the land decontaminated and cleaned before building began. Instead of building a new stadium, they converted an existing stadium (Hampden Park) and an exhibition center (the Scottish Exhibition and Conference Centre or SECC) into sports venues. The SECC venue in Glasgow was the first venue to sign up to Zero Waste Scotland’s ‘Resource Efficiency Pledge’ in April. The pledge challenges organizers to enact between three and six sustainability actions over 12 months.

The Glasgow 2014 Athletes’ Village was built using sustainable materials and it is being powered by its new super-efficient Heat and Power (CHP) Energy Centre. This will both reduce waste and to lower carbon emissions. The 758 houses in the Athletes’ Village will produce 60 percent less carbon by cutting energy demand as a result of being well insulated and airtight. Solar PV panels have been installed on the homes in the Athlete’s Village. The Athletes’ Village is set to become affordable housing with large green areas and there are plans to regenerate the derelict site at Cuningar Loop on the River Clyde into a woodland park.

The games have adopted ‘zero waste’ principles (reduce, reuse and recycle) that involves efforts to minimize the footprint. Zero Waste Scotland has appointed ‘Recycling Ambassadors’, volunteers who will help visitors with recycling at Glasgow Green hub and ensure that waste from the opening and closing ceremony parties is cleaned up in an environmentally-friendly way. Bins at venues are marked to prevent as much waste as possible from going into landfills. Glasgow 2014, Glasgow City Council and Scottish Government are striving to recycle or reuse at least 80 percent of waste that is produced during the 11 days of competition. The Glasgow 2014 organising committee is reusing 260,000 items of furniture, fittings and equipment from the London 2012 Olympics. Almost 50,000 tonnes of food and garden waste has been collected from households throughout Scotland, recycled at GP Plantscape’s In-Vessel Composting facility, and used grow turf at the Athletes’ Village and at some of the sporting arenas.

Carbon emissions are being reduced by providing free public transit to people to traveling to events. Where appropriate and economically viable suppliers and subcontractors are required to use low emission transport modes.

Glasgow 2014 is using a web portal for the procurement of goods, services and works of all types and values. This transparent tool will ensure that the organisers get the best value from the market. The games are encouraging and influencing suppliers to improve their sustainability practices. Efforts have been made to conduct activities to support and deliver community benefits and work in partnership with suppliers to achieve this.

The OC is committed to managing and monitoring its supply chains to ensure that fair contract prices and terms are applied and that ethical, human rights and employment standards as expressed in the International Labour Organisations (ILO’s) Fundamental Conventions1, are met along with other local initiatives, where appropriate.

Suppliers and subcontractors shall support the OC in adopting Zero Waste principles, helping deliver the commitment to stage a Games where all waste sent directly to landfill is minimised either through design or recycling processes. Where practicable, all products should be able to be reused, recycled or recovered.

When procuring goods and services the OC will wherever feasible, request that our suppliers use substances and materials that represent a low risk to human health and the environment.

While environmentalists have criticized Glasgow 2014 for reneging on promises to introduce Low Emission Zones around the venues. Scottish cities are estimated to be 10 years behind on tackling air pollution and Glasgow is not expected to reach air quality targets until 2025. There are also other negative impacts directly associated with the games (construction, travel and resource consumption).

Nonetheless the 2014 Commonwealth Games represent a significant improvement over the Sochi Olympics Greenwash, earlier this year.

The Obama Administration’s Support for Solar

The Obama Administration's Support for Solar