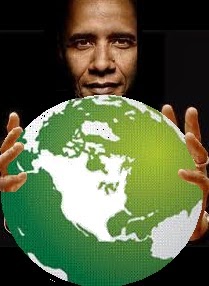 The President is serious about positioning the US as an international climate leader. The President did accomplish a great deal in his first term, but his climate advocacy is coming to fruition in his second.

Very early on President Obama announced his desire to see an “Apollo project” to build a new energy economy. He spawned a number of incentives programs for renewable energy and efficiency and EVs. Subsequently he instructed the EPA to impose US vehicle efficiency standards.

Although he has used his executive privileges to advance his green agenda, he has signed far fewer executive orders than his predecessors.

His emergence as a climate hawk began in earnest with his landmark speech at Georgetown University in 2013. In this speech he laid out his climate agenda and set the stage for him to assume his role as a climate hawk. In that speech the president characterized US efforts “to lead the global fight against carbon pollution as a moral obligation to act on behalf of future generations.”


The president’s plan involves cutting greenhouse gases, preparing the nation for climate impacts and leading global efforts to address climate change. “Climate change represents one of the major challenges of the 21st century, but as a nation of innovators, we can and will meet this challenge in a way that advances our economy, our environment, and public health all at the same time,” according to the White House.

Preparing for the Impacts of Climate Change

President Obama’s most notable climate achievements have occurred in 2014 and 2015.  He has instructed the EPA to move forward with a number of initiatives including new rules for power plants (efficiency measures), methane emissions and coal ash. The President is working with China to combat climate change and he has signed ambitious GHG reduction agreement with that nation. He has promised to cut US greenhouse gas emissions 17 percent from 2005 levels by 2020, and by 27 percent by 2025.

The President is forging an enduring climate legacy that will benefit the US and the world for generations to come.

Obama on the Business Community and Climate Change

The presidency of Donald J Trump ended as it began, with dysfunction and narcissistic self-preoccupation. Trump's presidency is a stain that will not wash. His four years in office have been...

January 6, 2021 is a historic day, it is also a day that will live in infamy.  The day that started with historic electoral victories and ended with a mob...

Obama on the Business Community and Climate Change