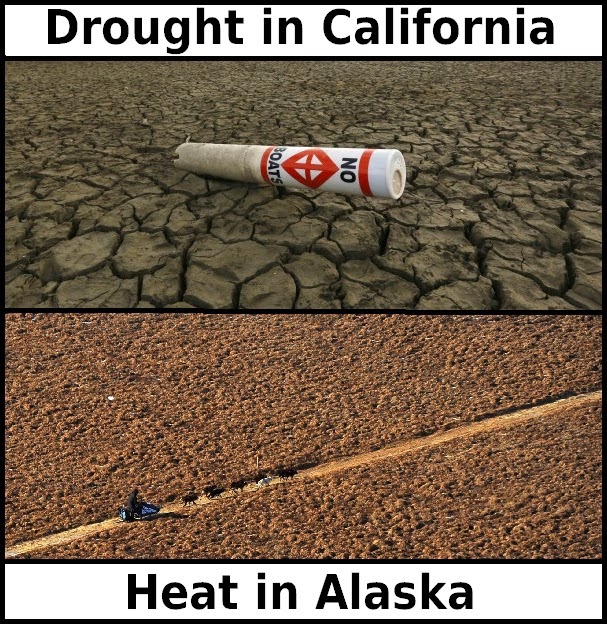 The beginning of this year recorded unprecedented drought and heat in the US. Record setting droughts have been ravaging California while Alaska is setting its own records for anomalous warm temperatures.

California has been experiencing a persistent drought. The Bay Area recorded its driest January on record. In the month of January the city of San Francisco recorded no measurable rain for the first time in 165 years.

Other cities in California have also suffered from an absence of rain in January. This includes the city of Santa Cruz which recorded no rain during the month for the first time since 1893 (normal rainfall for that city in January is more than 6 inches). Even in northern California the month of January was unusually dry and warm.

Alaska has seen extremely warm temperatures and an absence of snow coverage in January. There was virtually no snow for the running of the annual Iditarod Trail Sled Dog Race.

Alaska has had an unusually warm winter. January was its third-warmest such month on record. Nome set an all-time monthly record high temperature on January 27 with a reading of 51 degrees Fahrenheit. The statewide average January temperature was 14.8 degrees Fahrenheit above the 1971-2000 average.

Record Snowfalls in the Northeast are Consistent with Climate Change