Record Snowfalls in the Northeast are Consistent with Climate Change 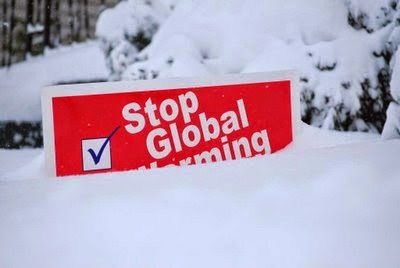 The record snowfalls in the Northeastern and Midwestern portions of North America are consistent with climate change models.

In Late January and early February record snowstorms rolled across the Plains to the Northeast. These storms have killed at least a dozen people and forced the cancellation of classes, grounded thousands of flights and left many roads impassible. The Boston area is one of the worst hit areas with record setting snowfalls for a seven day period. Boston has had more snow in the last week than they get in an average year (the annual average is 47 inches). New York Massachusetts, Vermont, New Hampshire, Maine, Rhode Island and northern Connecticut also were hit by massive snowfalls.


Boston is not the only city that is being inundated by snow. Chicago saw more snowfall in one day (almost 20 inches) early in February than they did for the entire month of January.

Snowstorms have also ravaged parts of Canada’s east coast. The City of Saint John, N.B., declared a state of emergency on Tuesday February 3 after three consecutive storms lashed the city. While Saint John is used to big snowfalls, this was the first time in almost three decades that the city was forced to declare a state of emergency. The latest storm alone dumped 50 inches of snow, the average for this time of year is around 6 inches. Another storm is expected to bring up to 10 more inches of snow.

Record snowfalls were also recorded in Buffalo last November. “The Buffalo blizzard of November 2014 is fully consistent with our understanding of human-induced climate change,” said Michael Wehner, a senior staff scientist at Lawrence Berkeley National Laboratory and the University of California, Berkeley.

As explained by Michael Mann, professor and director of the Earth System
Science Center at Pennsylvania State University, the storm in Buffalo
was caused by, “cold winds traveling over the warm moisture-laden lake
created a perfect storm of conditions for record lake-effect snow.”

This weather pattern also applies to the east coast. However, rather than a lake effect the engine for east coast storms is the contrast between warmer ocean temperatures and colder areas over land. This causes more water to evaporate into the atmosphere and fall as snow.  The ocean along the east coast is currently averaging more than 2°F warmer than normal.

Scientists who study climate anticipate more record breaking snowfalls will increase as the world continues to warm, particularly in the Northeast.

“The models all agree there will be more precipitation in the northern United States as global temperatures continue to increase,” Wehner said.

Infographic – US Megadroughts this Century