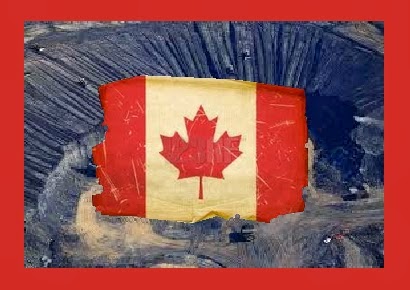 On the occasion of the 50th anniversary of the Canadian flag we are moved not to wave the flag but to mourn what our government has done to our nation. Canada’s ruling Conservative federal government led by Prime Minister Stephen Harper has destroyed the nation’s reputation. Canada has gone from being a climate and environmental leader to one of the worst offenders on Earth.

The actions of the Canada’s Conservatives are not just a source of concern for Canadians, their offenses, particularly those contributing to climate change are a concern for all people everywhere.


While the Harper government has perpetrated a litany of environment and climate offenses, none is more egregious than their stalwart commitment to fossil fuels.

Under Harper’s Conservatives, Canada has amassed a lamentable rap sheet of
environmental and climate abuses. While they love oil they have all but abandoned wildlife protections. Canada is also a world leader in deforestation. In addition to having no national renewable
energy target for electricity generation, Canada will not meet its GHG reduction
commitments.  The ruling Canadian government has gutted environmental oversight, expanded dirty energy exploitation, killed environmental dissent, silenced climate scientists, withdrawn from the Kyoto protocol and from UN efforts to combat desertification. The Conservatives have even used Canada’s intelligence services to spy on peaceful environmental groups.

Many of the offenses sited above are either directly or indirectly related to fossil fuels. One of the worst perpetrators is the tar sands which are responsible for 2 percent of Canada’s GDP.  In addition to the generous tax cuts that the Harper government gives to the oil industry, they also provide subsidies that total more than $34 billion each year.