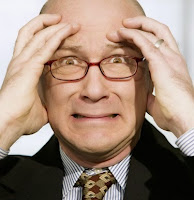 Our efforts must be informed by science if we are to seriously address the threat of climate change. However, there are a significant number of people, corporations and governments that are resistant to scientific discourse.

Science is at the heart of environmentalism. On a wide range of issues, it is the work of scientists that has brought important issues to light. Scientific research not only defines the problems, it has also put forth viable solutions. Scientific inquiry has exposed a wide range of ecological and climate threats, from the ozone hole in the Antarctic, to melting permafrost in the Arctic.


As humorously covered by Andy Borowitz in a satirical New Yorker article, some people appear to be impervious to rational thought. Quoting a fictitious scientist by the name of Davis Logsdon, he pokes fun at the absurdity of those who oppose science. “Researchers have identified a virulent strain of humans who are virtually immune to any form of verifiable knowledge, leaving scientists at a loss as to how to combat them,” Borowitz jests, “These humans appear to have all the faculties necessary to receive and process information. And yet, somehow, they have developed defenses that, for all intents and purposes, have rendered those faculties totally inactive. As facts have multiplied, their defenses against those facts have only grown more powerful. The normal functions of human consciousness have been completely nullified. …Our research is very preliminary, but it’s possible that they will become more receptive to facts once they are in an environment without food, water, or oxygen.”

While this article may amuse, the point that is being made could not be more serious. Despite the widespread access to information, or perhaps because of it, people are not getting smarter, in fact the opposite is true.

The capacity to think clearly is critical, yet there is reason to believe that the value attributed to such capacities is on the decline. The perniciousness of climate denial can be explained in large part by the absence of critical thought.

Psychology Today there is a growing tendency towards anti-intellectualism that dismisses science. The article traces the long history of anti-intellectualism in the U.S. In contemporary America, this tendency is attributed to the proliferation of digital media and the shift away from print. The cornucopia of vacuous nonsense online gives people access to captivating information that has no intellectual nutrition.

These observations are borne out by the declining number of Americans that are getting a post secondary education. For the first time in U.S. History, the educational attainment of young people is lower than that of their parents.

Rather than teach people to think, the education system has become an assembly line that turns out productive employees. Religious schooling and climate denial can preempt instruction in the sciences. The fact that creationism continues to be part of the U.S. education system speaks volumes. The National Research Council report indicates that only 28 percent of high school science teachers consistently follow the National Research Council guidelines on teaching evolution and 13 percent of those teachers explicitly advocate creationism or intelligent design.

There is good evidence suggesting that there is a culture of anti-intellectualism in U.S. schools. Students with strong academic performance are socially marginalized while jocks and cheerleaders are venerated.

As explained in the Psychology Today article,

“We’re creating a world of dummies. Angry dummies who feel they have the right, the authority and the need not only to comment on everything, but to make sure their voice is heard above the rest, and to drag down any opposing views through personal attacks, loud repetition and confrontation.”

This world view is dominated by the herd mentality, where rational thought is the enemy and critical thinking is derided. Even more disconcerting is the rise of popular anti-intellectualism that has taken hold in politics and business.

Fossil Fuel Powered Politics
This woeful state of ignorance extends to members of the U.S. Congress. An astounding 74 percent of Republicans in the Senate and 53 percent in the House of Representatives dispute the veracity of anthropogenic climate change.
The anti-science perspective of Republicans is far more than just rhetoric, it translates to obstructionism on a range of policy issues. They ignore the findings of the IPCC and routinely oppose President Obama’s science based climate initiatives. They have even passed anti-science legislation that attempts to prevent the Environmental Protection Agency from using science to inform and support their policy positions.
Irrational politics is not only a problem in the U.S., many other wealthy democracies are afflicted with governments that eschew science. Like the conservative governments in Australia and Canada, Republican opposition to science in the U.S. directly supports the fossil fuel industry’s anti-science stance.
In Australia, anti-science journalism contributed to the elimination of that country’s climate policy by helping to elect a government that is dedicated to increasing the extraction and exportation of coal.
Under Conservative Prime Minister Stephen Harper, the Canadian federal government has embarked on an anti-science crusade that has silenced scientists and gutted environmental research, all while increasing spending that supports the tar sands.
As explained in The Green Market Oracle, Conservative politics are far too often synonymous with anti-science policy positions.
Outlawing Citizen Science


Even the noble practice of citizen science is being outlawed. Laws that are intended to conceal information can be found in Idaho, Utah and other states. A Wyoming statute that was signed into law recently has made environmental whistle-blowing illegal.

Under the Wyoming law, a first offense for “collecting data” and sharing with “any agency of the state or federal government,” including something as simple as a picture, could result in imprisonment a fine or both.

This law serves purely political purposes. It is specifically designed to conceal the fact that a large number of the state’s streams are contaminated with bacteria which violates the Clean Water Act. Cows are the primary source of this bacteria and the law is meant to protect cattle farmers as they are an important constituency in the state.

One of the more troubling trends involves environmentalists who are unreceptive to science, some even openly express contempt for scientific inquiry. The savage irony is that these voices contribute to the utterly irrational anti-environment positions of many in the new right.
Biofuel is an example of an industry that was originally vaunted as a panacea by many environmentalists. However, this view is not supported by research that highlights the environmental costs of most biofuels. Taking stock of the research could have saved considerable amounts of time and treasure.

Opposition to nuclear power is perhaps the best example of environmental activism that is at odds with the science. Given that fossil fuels are the primary driver of climate change, we should not be so quick to abandon low carbon sources of energy like nuclear power. It is clear that decommissioning nuclear plants in places like Germany has resulted in an increase in coal powered electricity generation that will emit as much as 300 million tons of carbon dioxide by 2020. In Germany, as elsewhere, the small risk of an accident must be weighed against the far greater risks posed by climate change.

We cannot allow the culture of anti-intellectualism to flourish. The anti-science ignorance of individuals and political leaders imperils us all. While questioning science is important, rejecting science is madness that will doom us all to an apocalyptic future.
Source: Global Warming is Real
ShareTweetShare
Previous Post

The Science of Engaging Sustainability in Business